"The challenge of every human life is to grow toward deeper sanity and peace. It is to grow in consciousness, as consciousness is the evolutionary destiny of the human species. As Buddha awakened so eventually must we all. One person, one step, one moment at a time. Zen is ordinary life lived with authenticity, presence and wisdom." – Bill Walz

"The healing and personal growth we seek can be found in penetrating the false egoic-self of our troubled mind to discover a deep and authentic well of insight, compassion and wholeness that marks our true and healthy self. My work is to guide and support this journey. My interest is in leading people to real sanity, not just managing their neurosis." - Bill Walz 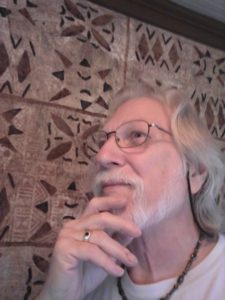 Bill Walz is a teacher of mindful living and consciousness. Academically trained in cultural anthropology and clinical psychology, experientially trained in human potential and transpersonal psychology in the 70’s San Francisco Bay Area, he has practiced as a healer of the wounds and confusion of life experience for thirty-five years, both within and outside of the conventional world of clinical psychology. His work for the last ten years has separated from the realm of professional psychology, reflective of his belief that its structures, methods and philosophy are extensions of, rather than an antidote to, the sickness of the contemporary world.

In the past fifteen years, his work has increasingly enfolded the wisdom and practice of Buddhist psychology with the insights of other cultures and Western transpersonal psychology to bring a path for evolving the human psyche towards its full potential. He has created a completely contemporary wisdom philosophy reflecting the healing power of increased awareness, presence and stillness, of mindful living, as the antidote to the flurry, suffering and confusion of the modern ego dominated mind.

Deeply inspired by the mid-twentieth century theologian/scientist Tielhard de Chardin, he believes in the evolution of consciousness as the healing salvation of individuals and human society. He teaches meditation not only as a practice to ameliorate the tension and confusion of contemporary living, but as a medicine, taken to return us to our natural healthy selves. The reintegration of the individual personality with the eternal witnessing ground of our deepest true nature is not just fancy metaphysical language in his work, but a growing living reality. He became ordained in the Interfaith Church of World Service in 2001 to emphasize the transpersonal, spiritual nature of his healing work.